Example of a declaration of conformity

Home Example of a declaration of conformity

Example of a declaration of conformity

What is inside a declaration of conformity? 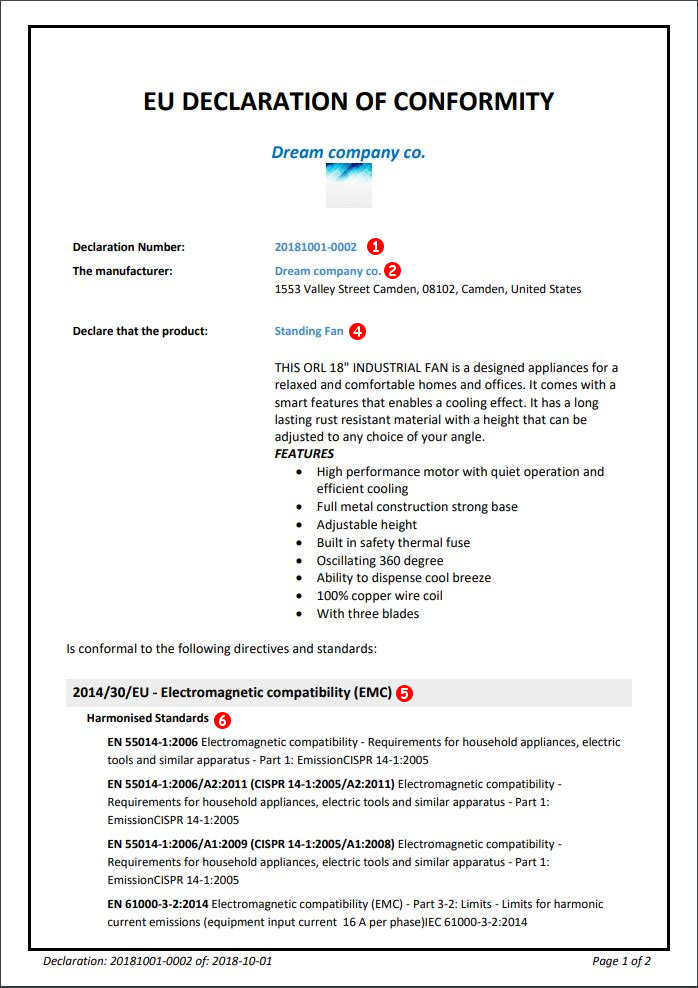 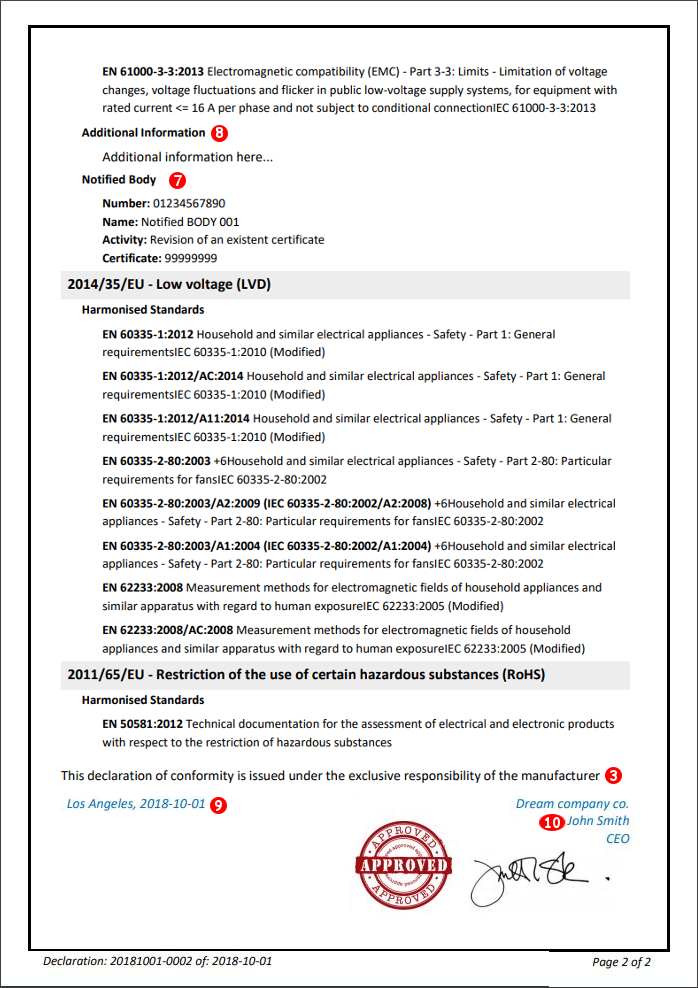 Producing a Declaration is one of the integral tasks involved in CE marking a product or machine. The ‘EU Declaration of Conformity’ (which is the most common term used in CE marking) is a document confirming that the product is placed in the market in accordance with the relevant product legislation. This article gives some guidance on creating the document and avoiding simple mistakes.

It is a simple process to generate a Declaration and whilst the purpose of the Declaration is the same, there can be minor variations to the requirements under different Directives and Regulations. Therefore it is always important to refer to the relevant legislation and to pay attention to the detail. An example of these variations can be seen in the Safety of Toys Directive, which requires a colour picture of the toy to be included on the Declaration, whereas other Directives allow it to be voluntary option.

There are also a couple of variations to the title, for example the Construction Products Regulation uses the title ‘Declaration of Performance’ and whereas the Machinery Directive uses the title ‘EC Declaration of Conformity’ for completed machines (newer Directives use the letters ‘EU’ instead of ‘EC’ as quoted in the Machinery Directive) and ‘Declaration of Incorporation’ for partly completed machines. The specific details required of a Declaration for a Directive or Regulation can typically be found in the appendices of the relevant legislation. The essential layout of a declaration (based upon the new 2016 Directive) can be seen in the example declaration below:

Note: Always refer to the applicable Product Legislation for the specific requirements for the Declaration.

Even though the layout of the document is straight forward it is easy to make mistakes in the detail of the content. Some common examples of which are included in the following list: